NATIONAL TELEVISION AND RADIO COUNCIL DID NOT COME TO HEARING 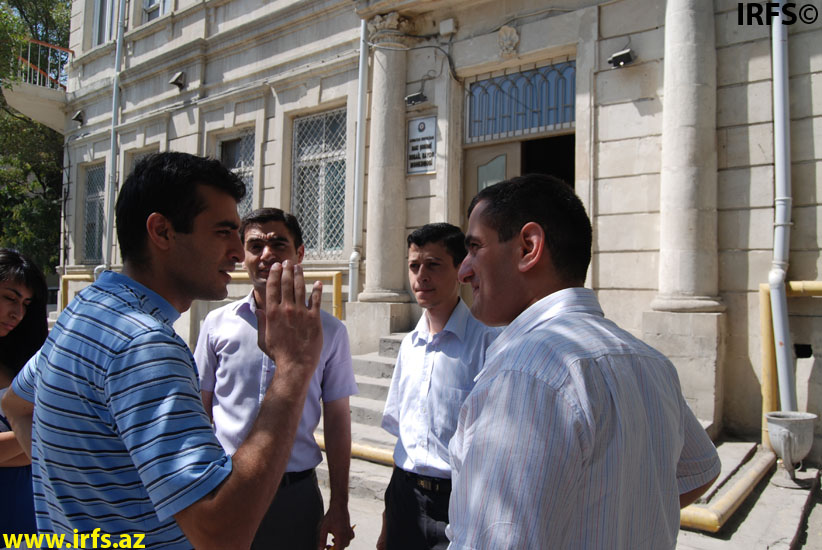 Today, 30 July, a hearing was scheduled to take place on the lawsuit against the National TV and Radio Council (NTRC) in the Sabail District Court under the chairmanship of Judge Kemale Amirkhanova. However, it was postponed again because the NTRC representative did not take part in the hearing.

The judge scheduled the next hearing for 5 August at 2:30 p.m.

TV and Alternative Media Development Centre Public Union founder Rasul Jafarov and Muhakime newspaper’s Editor-in-Chief Yashar Agazade appealed to the NTRC in order to get a license to broadcast radio programs on a frequency used in Baku and the Absheron peninsula. NTRC told them that there were many free frequencies, but the government refused to assign them an official frequency or grant them a license. The plaintiffs filed an appeal against the NTRC and asked the courts to deem the act of the government entity illegal and to force the NTRC to give them license.