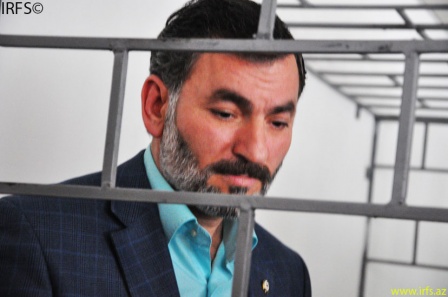 The Supreme Court under judge Ilham Jafarov held a hearing on the cassation appeal filed by Azerbaijan National Statehood Party chairman Nemat Panahli and his friend Jeyhun Farzaliyev.
The two were appealing against the November 14th 2011 decision of the Baku Appeals Court.

Lawyers Elchin Aliyev and Sadig Bagirov declared that the charges against Panahli and his friend were unfounded, and that the decisions by the court of first instance and the appeals court were unfair, based on the unreliable testimony of a single witness. Both lawyers requested the court to acquit their clients.

The public prosecutor asked the court to uphold the decision by the appeals court, arguing that the cassation appeal is unfounded. The Judge denied the appeal.

On January 8th 2011 Nemat Panahli and Farzaliyev were arrested under charges brought by Eldar Rzayev, for hooliganism committed with a weapon. Nasimi District Court sentenced the two to 6 and 4 years in jail respectively. The Baku Appeals Court upheld this ruling.