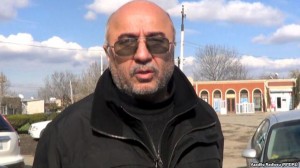 Hasan Huseynli, head of the Intelligent Citizen Enlightenment Center was freed from police custody today, April 2, but placed under police supervision, Huseynli himself told the Institute for Reporters’ Freedom and Safety (IRFS) in a phone call.

According to Huseynli, the decision of placement under police control was given by the investigator. He added that he does not admit the charges, linking his detention to his activity.

Huseynli’s lawyer Alayif Hasanov has said that he has filed two complaints with the court over the investigator’s refusal to let them to familiarize with the case materials and irregularities in the manner of detention. Both of the complaints have been accepted for consideration.

The lawyer also added that, the release from custody should not mean that the danger has passed, and the process should be continued till the end, for the case is politically motivated.

Detained on March 31, Hasan Huseynli was held in the custody of Kapaz district Police Department of Gandja city. He is charged with stabbing his fellow townsman Arzu Gahramanov. Investigation was launched by Gandja City Main Police Department under Article 221.3 of the Criminal Code (hooliganism committed through use of a weapon).