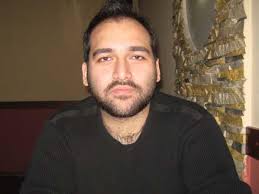 NIDA Civic Movement member Turgut Gambar was detained by plainclothesmen while waiting outside Baku Court of Appeal for the appeal hearing of NIDA member Elgiz Gahramanov who was arrested on August 12.

The men who detained Turgut Gambar did not introduce themselves. The plainclothesmen did not allow lawyer Nemat Karimli to accompany Turgut Gambar and advised the lawyer to come to Baku City Main Police Department.

The reasons for the detention have not been disclosed yet.