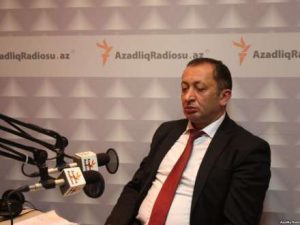 Baku Court of Appeal held a hearing on the appeal filed against the verdict on Yasavul LLC’s director and former lawyer Aliabbas Rustamov, who was sentenced to 7 years in jail by Baku Grave Crimes Court on 6 November 2015. He was convicted under Articles 312.2 (the presentation of a bribe to official for commitment of obviously illegal actions (inaction) by him or repeated presentation of a bribe) and 313 (service forgery) of the Criminal Code. The former lawyer was reportedly detained when receiving 95,000 AZN from a resident of Beylagan region at the office of the LLC for the discontinuation of the criminal proceedings against the resident in question and his exemption from criminal responsibility.

At today’s court hearing, Aliabbas Rustamov’s appeal was not granted and the decision of the court of first instance was upheld.

Aliabbas Rustamov was arrested on 28 June 2014.