NO PRESSURE AGAINST MEDIA REPRESENTATIVES REGISTERED DURING OPPOSITION ACTION 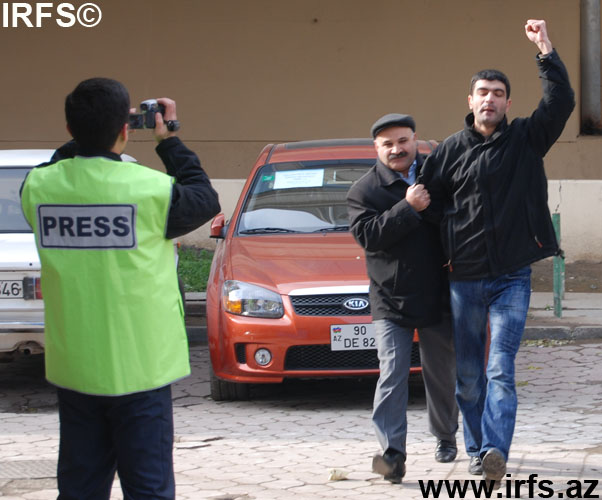 Today, 24 December, a group of opposition members conducted a rally, which was not sanctioned by the Baku Executive Power, in front of the Constitution Court to protest against proposals to make amendments and changes to Azerbaijani Republic Constitution and to remove the restriction on the number of presidential terms one person can serve.

Police prevented the rally immediately where slogans like “Go Away, Monarchy!” and “Live Long Republic!” were supposed to sound. Action participants were caught and taken away by police.

The Institute for Reporters’ Freedom and Safety employees, who monitored the event, did not register any pressure against media representatives during the action.
Photos: http://www.irfs.az/component/option,com_datsogallery/Itemid,30/func,detail/catid,172/id,1733/lang,az/