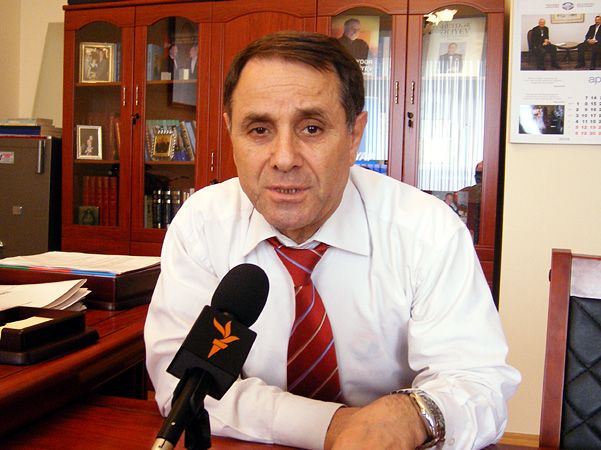 While commenting on a number of calls from international community to release Emin Milli and Adnan Hajizade, Presidential Administration International Relations Department Head Novruz Mammadov told “Turan” news agency that their arrest is connected to hooliganism.
“Hooliganism occurred, and they will be released in a month or two,” said N.Mammadov. “Hundreds of these kinds of incidents happen everywhere in the world; however, several of them are usually politicized when some forces need them. Then according to some people’s interests, these incidents are artificially introduced to the world as important issues.”
Mammadov emphasized that this issue will be solved within the legislation.
On 8 July, at approximately 8:00 p.m., Emin Milli and Adnan Hajizade were sitting at a table in “Lebonese” (Livan) restaurant along with several other young adults, when two people that looked like sportsmen came up to them, and attacked them causing physical injuries. Although they appealed to police as victims, police detained Adnan and Emin as suspected persons for 48 hours and freed the attackers. On 10 July, Sabail District Court Judge Rauf Ahmadov issued a decision under article 221.2.1 (hooliganism) of the Criminal Code to sentence Emin Milli and Adnan Hajizade to two months pre-trial detention. On July 20 the Appellate Court upheld the decision of the lower court. Both Emin Milli and Adnan Hajizade are being held in the Investigative Prison of Baku.