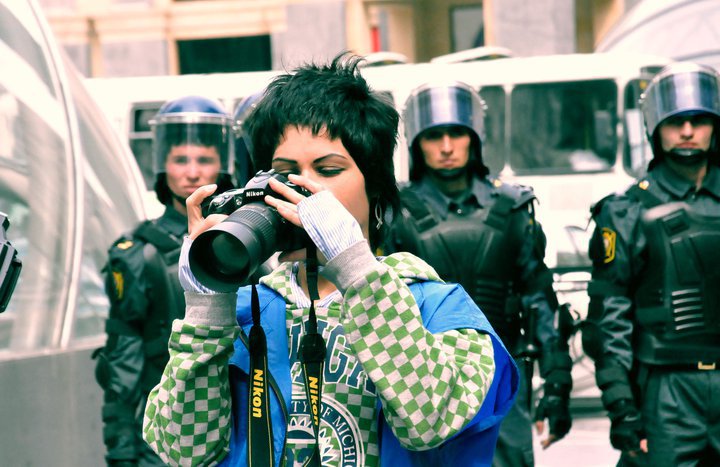 Today Objective TV correspondent Vafa Nagieva, who is the presented
and producer of the “What do people say?” vox pop television program,
was detained by the police during the protest by fraud victims of Gen
LLC and Fuad LTD construction companies, held in front of the
presidential administration.
A police officer who didn’t introduce himself insulted the journalist,
and told his subordinates to beat her.
“You have become impudent of late…. Take her and give her “a good
lesson” so she is more careful,” said the police officer and suggested
that they arrest Vafa and keep her in for 5 days.
The police confiscated her camera and deleted the captured images. She
was later taken to police office #9, where after a brief interrogation
she was released.
Previous Post