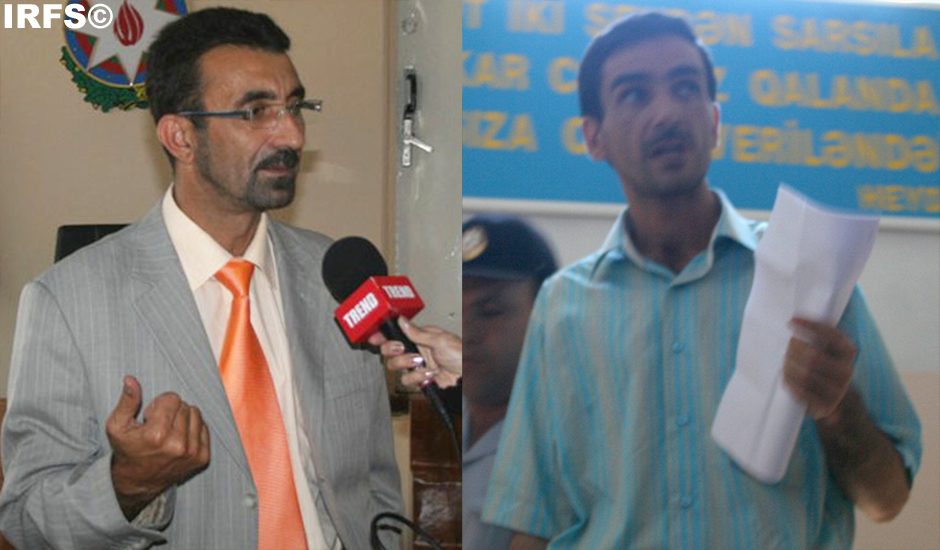 Yesterday, 14 December, Ombudsman Administration employees visited imprisoned Azadlig Newspaper Editor-in-Chief Ganimat Zahid in Prison #17 and imprisoned Bizim yol newspaper employee Mushfig Huseynov. Huseynov was transferred to the Penitentiary Services Specialized Treatment Facility for Tuberculosis Prisoners.
Ganimat Zahid said that he does not have any complaints about prison conditions or the attitude of the employees towards him, and he meets with his relatives and lawyer regularly. G.Zahid asked the Ombudsman to help him to be transferred to the Penitentiary Services Treatment Facility due to his health problems and the Ombudsman E.Suleymanova addressed an appeal to the Chief Health Office.
During the meeting Administration employees told Mushfig Huseynov that his case is always being followed by the Ombudsman. M.Huseynov told them that he does not have any complaints about the condition in the facility and the attitude towards him. He said that his treatment is having positive results already and according to the last X-rays, there is progress. The journalist added that he will appeal to the ombudsman soon to file a motion regarding his pardon.
On 14 October, M.Huseynov, who suffers from late-stage tuberculosis, was transferred from prison #2 to the Penitentiary Services Specialized Treatment Facility for Tuberculosis prisoners because his health deteriorated seriously.
Mushfig Huseynov was convicted under Article 311.1 (receiving of a bribe) of the Criminal Code in July, 2007 and on 21 January 2008 was sentenced by Grave Crimes Court Judge Jamal Ramazanov to 6 years of imprisonment. However, this sentence was reduced to 5 years through a decision adopted by the Appellate Court.