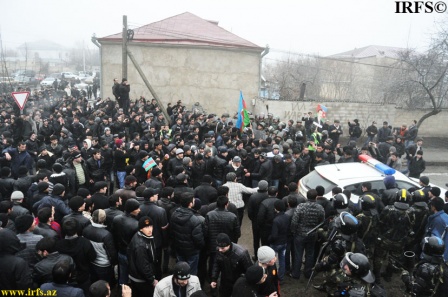 Vahid Ibrahimov a video editor at the Guba based Xayal TV station has been set free, according to a source who asked not to be named.
Ibrahimov was part of a group of five Xayal TV media representatives who were detained in relation to the March 1st Guba protests.

On March 1st Guba erupted in protest against a speech made by former Guba Executive Head Ruf Habibov. The speech, where Habibov said that, “Guba residents sell their children and motherland for 30-40 AZN,” was posted on the internet and spread via social networking sites. The resulting protests saw Habibov’s house set on fire, and numerous confrontations between protesters and the police.

Habibov was sacked as a result of the incident, but at least 10 Guba residents have been arrested in connection to the protests.

AVAZ ZEYNALLI MEETS WITH HIS FAMILY IN PRISON