ONE YEAR PASSES SINCE ARREST OF JOURNALIST MUSHFIG HUSEYNOV 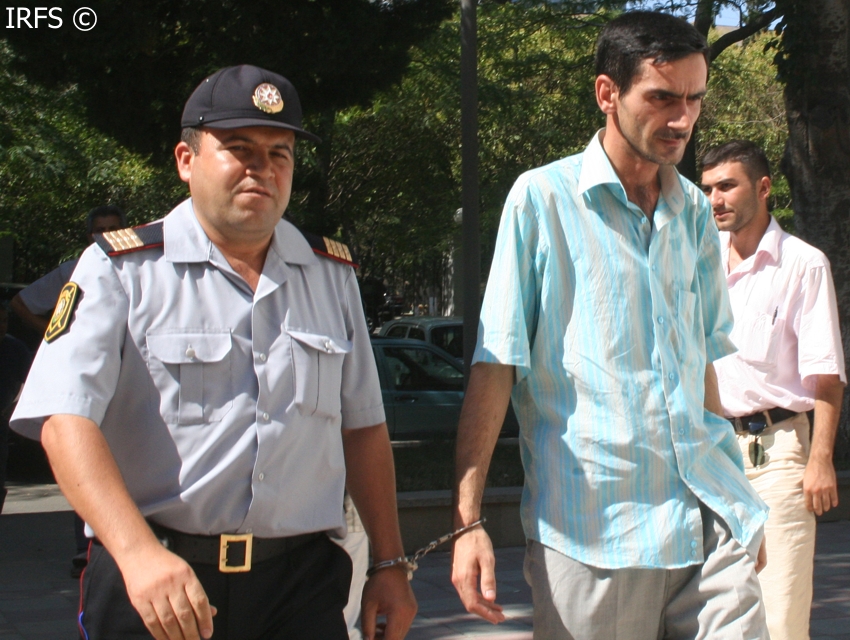 Tomorrow (24 July) is the one year anniversary of the arrest of “Bizim Yol” Newspaper correspondent Mushfig Huseynov.
M. Huseynov, who was arrested by employees of Chief Prosecutor’s Office and National Security Ministry Anti-terror Department on 24 July 2007, was convicted of demanding a bribe of 3,500 USD from Head of Administration of Labor and Social Security of Population Ministry Rizvan Aliyev.
On 26 July 2007 Judge Gulnara Tagizade issued a decision to sentence Huseynov to three months of pre-trial detention. The pre-trial detention was prolonged for three more months on 19 October 2007. On 21 January 2008 M. Huseynov was sentenced by Grave Crimes Court Judge Jamal Ramazanov to six years of imprisonment followed by a two-year ban on working as a journalist. On 4 April 2008 Baku Appellate Court Judge Sahibkhan Mirzayev issued a decision to reduce Huseynov’s prison term to 5 years. The other principles of the decision adopted by the Grave Crimes Court were upheld.
Recall that prior to Huseynov’s arrest, an article titled “Provocation against ‘Bizim Yol’ Uncovered” was published in “Bizim Yol” Newspaper on 14 June 2007. The article exposed facts about how the Ministry of Labor and Social Security of Population is looking for means to arrest “Bizim Yol” Newspaper correspondent Mushfig Huseynov. Before his arrest, M. Huseynov wrote a series of articles about illegal actions committed by employees from the Ministry of Labor and Social Security of Population, including Minister Fuzuli Alakbarov and Administration head Rizvan Aliyev.
The Institute for Reporters’ Freedom and Safety prepared a special report about Huseynov’s arrest and released it on 14 February 2008. Through the investigation carried out by IRFS it was determined that Huseynov was arrested as a result of an operation carried out by law-enforcement organs (Huseynov’s arrest was broadcast on TV channels and a smear campaign against independent press began in pro-government newspapers) to distract people from paying attention to the absence of a pardon decree on the National Press Day (22 July). Huseynov was repeatedly provoked by Rizvan Aliyev into receiving money. Huseynov’s court investigation was flawed by a series of law violations.

Round Table organized by the Committee to Protect Freedom of Speech