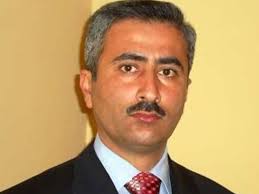 Fuad Gahramanli was arrested on December 8, 2015. He was charged under Articles 281 (making appeals against the state) and 283 (incitement of national, racial, social or religious hatred and hostility) of the Criminal Code, and was ordered detained. On March 02, 2016, Nasimi District Court extended his term of detention by two months.

Fuad Gahramanli’s case is being investigated under the same proceedings as the criminal case launched following the police operation conducted in Nardaran settlement on November 26, 2015.

Background: During a police operation, an armed incident occurred between a group of Muslims and police officers in Baku’s Nardaran settlement on November 26, 2015. According to official reports, the shootout resulted in six fatalities, including two police officers. Taleh Bagirzade, the leader of the Muslim Union Movement, and several other Muslims were detained as part of the operation. A criminal case has been launched and is being investigated by the Prosecutor General’s Office of Azerbaijan Republic.