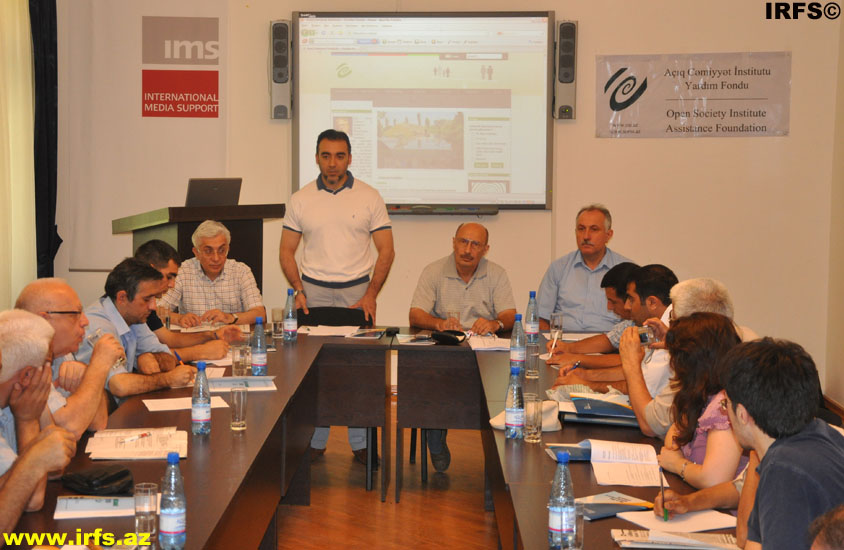 Today, 25 June, in the Media Center, Open Society Institute, Assistance Fund Azerbaijan Office unveiled its annual report for 2009, and new members for its Administration Board were presented.

According to the fund’s executive director Farda Asadova, last year general expenditure of the organization consisted of 3,342,533 USD and administrative expenses reached 2,878,441 USD. Program expenses including grants were at 2,878,441 USD.

The amount of the budget for 2010 will be the same. No projects regarding parliamentary elections are planned to be implemented. Small programs will be financed to carry out education regarding election rights, election coverage and results of the elections.

Former Head of the Fund’s Administrative Board, Zardusht Alizade, said that more than one fourth of the expenses were aimed at projects to fight tuberculosis and drug abuse.

“The Fund allocates funding to the monitoring of the state financial resources,” said Alizada. “National Budget Group NGO Coalition works effectively when the government is nontransparent. The Coalition unveils cases where government resources are used ineffectively. In democratic societies governments resign in these situations; however, public cannot fight against these cases here.”

Newly elected Chairman of the Fund’s Administration Board Mehman Aliyev stressed that several NGOs lean toward government and ignore more important issues in the country. As an example, he noted the inactive participation of NGOs in solving problems in the disaster zone where the Kur and Araz rivers flooded and added that in this situation government should be under strict public supervision.

According to Aliyev, independent NGOs and media organs should work closely and should be able to prevent the creation of a society that could be manipulated.