OWNER PLACED IN PSYSHATRIC HOSPITAL IN NAKHCHIVAN FOR HIS COMPLAINT 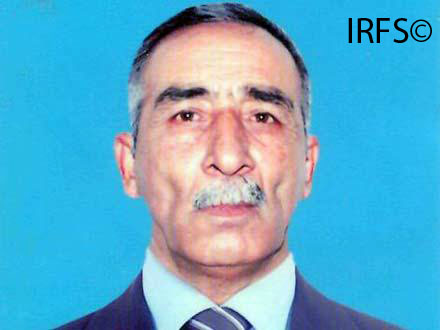 Nakhchivan City resident, 55 years old Mahammad Gurbanov was placed in a psychiatric hospital on 11 September 2009 by the employees of the Nakhchivan Autonomous Republic Internal Affairs Ministry because of his complaint to upper instances, governmental organizations, and his communication with press about corruption and shortcomings in the work of Sadarak customs station.
The Institute for Reporters’ Freedom and Safety Regional Correspondent was told this by Gurbanov’s wife Farida Ismayilova.
According to Farida Ismayilova, her husband Mahammad Gurbanov was taken to the Internal Affairs Ministry on 11 September. In the evening he called and said that he was placed in psychiatric hospital by police forcefully. Mahammad Gurbanov complained to state organizations and higher instances, and talked to the press about  Sadarak Customs Department Head Mirmahammad Seyidov because he demanded that Gurbanov pay illegal additional money for the products he brought into the country in February and the food products in the amount of 300 AZN were confiscated, according to his wife.
Although the psychiatric hospital confirmed that Mahammad Gurbanov was placed there by police, they did not allow anyone to visit him. M.Gurbanov shouted through the window bars of the hospital, “I was threatened in Internal Affairs Ministry. They made me sign a document forcefully stating that I myself want to stay in the psychiatric hospital allegedly. Unless I am released in two days, I will commit suicide,” said  M.Gurbanov.
Nakhchivan AR Internal Affairs Ministry did not respond to IRFS correspondents’ questions regarding this problem.
Previous Post