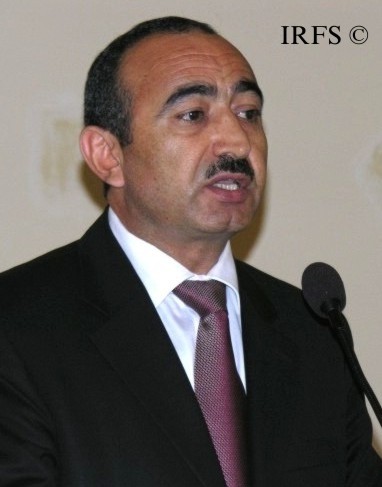 “The recommendations adopted by the European Council’s Ministers Committee in connection with Azerbaijan are being studied by Azerbaijan’s government.”
This was said by the Presidential Administration Socio-Political Department head Ali Hasanov to journalists gathered at an event organized by the Press Council and ruling “Yeni Azerbayjan” Party.
According Hasanov, Azerbaijan’s government approaches positively all recommendations from international organizations that will serve to improve processes in the country.
Speaking about the recommendations of the European Council’s Ministers Committee Hasanov said, “In the document it is recommended that government review the issue of releasing the three journalists and take preparatory measures in all directions for the presidential elections.” Then Hasanov noted that on former president Heydar Aliyev’s birthday, 10 May, a pardon decree is not anticipated.