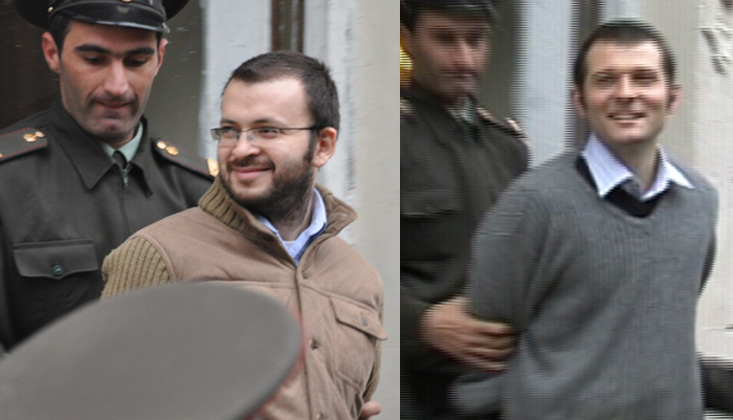 The “PEN-Club” protested against the decision that was issued against bloggers Emin Milli and Adnan Hajizade. It is said in the statement sent to “Turan” that the young bloggers were arrested because of their criticism of the Azerbaijani government.
“We call for the immediate and unconditional release of bloggers according to article 19 of UN Pact on Civil and Political Rights to which Azerbaijan is the signatory,” it is read in the statement.
“PEN-Club” is calling on its members to send appeals to the email address of the President of Azerbaijan Ilham Aliyev, and Internal Affairs Minister Ramil Usubov to release the youth bloggers. It is also recommending that its members send a copy of their appeals to the Azerbaijani ambassador in London, Fakhraddin Gurbanov.
The British Pen Club is situated in London, thousands of journalists and writers from several countries of the world are members of this club.
On 8 July, at approximately 8:00 p.m., Emin Milli and Adnan Hajizade were sitting at a table in “Lebonese” (Livan) restaurant along with several other young adults, when two people that looked like sportsmen came up to them, and attacked them causing physical injuries. Although they appealed to police as victims, police detained Adnan and Emin as suspected persons for 48 hours and freed the attackers. On 10 July, the Sabail District Court issued a decision under article 221.2.1 (hooliganism) of the Criminal Code to sentence Emin Milli and Adnan Hajizade to two months pre-trial detention. On July 20 the Appellate Court upheld the decision of the lower court. The investigation of the criminal case was concluded and a criminal case under articles 221.2.1 (hooliganism) and 127 (inflicting intentional minor bodily harm) was opened against E.Millli and A.Hajizade and the case had been sent to court to be considered. According to the verdict of Sebail district Court, Emin Milli was sentenced to 2,5 years imprisonment and Adnan Hajizade to 2 years imprisonment on 11 November.
Previous Post