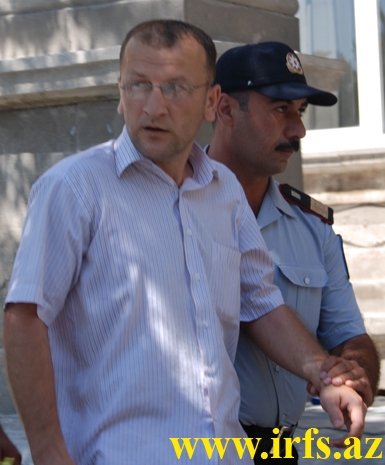 Today (08 October) in Berde region, the meeting conducted regarding upcoming municipality elections with the participation of Musavat party members and independent media representatives was dispersed by local authority representatives. Mustafa Hadjbeyli told this to IRFS.
“The meeting was held in the center of the city where Musavat party’s member , Arif Hajili, the chairman of the party in Berde district and other members of the party and I participated. We were attacked by police employees in civil and police uniform, as well as by New Azerbaijan Party’s Berde district organization’s chairman, the director of the appartment economy. My glasses were broken and my face was slightly injured during the attack. Although we tried to meet with the head of the Executive Authority, police did not let us enter the apartment.” According to M.Hadjibeyli, police employees closed the road and did not let him go when he went from Berde to Yevlakh.
IRFS tried to contact Berde executive administration. However, our calls were not returned.
Previous Post