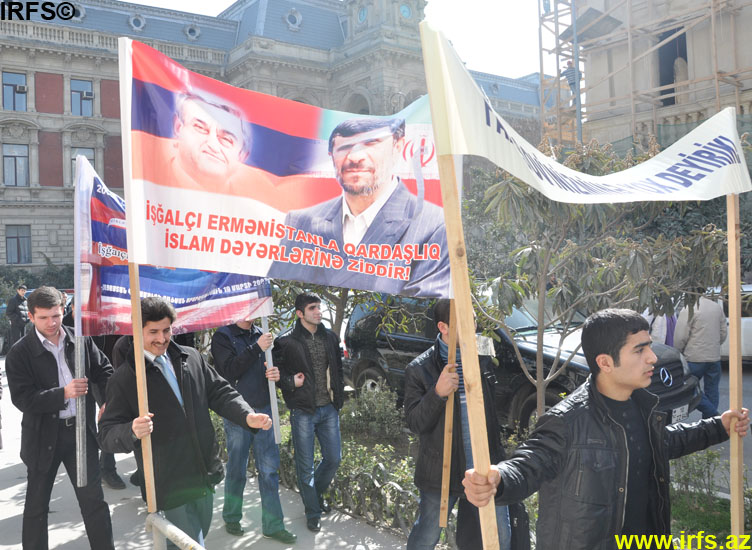 Today, 22 February, a group of members from World Azerbaijani Congress and Citizen Sovereignty Party held a protest action in front of the Iranian embassy in Baku. About 30 people participated in the action.
Protestors chanted critical slogans against the Iranian government protesting the burning of the Azerbaijani flag in front of Azerbaijani consulate in Tebriz, Iran, two days ago on 20 February. Participants in the event tried to read a statement, but police prevented it. Police detained Youth World Azerbaijani Congress Chairman Samir Turan and his Deputy, Fuad Abdulrehmanov.
S.Turan told the Institute for Reporters’ Freedom and Safety that they were freed after being taken into custody in the Sabail police department #9.
The action participants appealed to the Baku City Executive Administration for permission to hold the action, but the association did not respond to their appeal.

EYNULLA FATULLAYEV VISTED BY HIS LAWYER