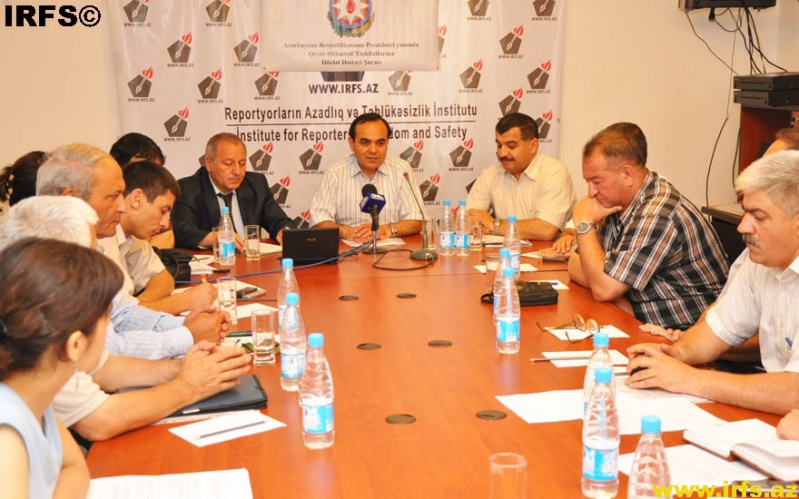 Today, 23 June, at noon, in the press center of the Institute for Reporters’ Freedom and Safety, “Officers in Reserve and Retirement” Public Union conducted a press conference on the theme “Military Patriotism in the Media” within the framework of project carried out with financial support of Azerbaijan Republic Presidential Council of State Support for NGOs. Media representatives, journalists and union members participated in the event.
Head of the union Yashar Jafarli opened the event and said that the media needs to allocate more space for coverage of military patriotism and to give more attention to this area.
The Chairman of “Volunteer Military Patriotism Technical Sports Society” Javanshir Ismayilov stated that recently they achieved success in this area, and it is important that the press and its representatives take close part in campaigning for patriotism and statehood.
Right after the event was launched, employees of the Sabail District Police Department Patrol Service came to IRFS and asked about the organizers of the event. The police left the territory after talking to organizer Y. Jafarli.
IRFS’s Press Center has been operating since 12 June 2007 and many events have been held in the press center since then. However, police never interfered in any of the events until today.

This step by police concerns IRFS.