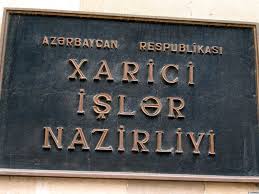 Polling stations are planned to be organised in connection with the Sept 26 referendum in about 40 countries where Azerbaijan’s diplomatic representations are based, Spokesman of the Ministry of Foreign Affairs (MFA) Hikmat Hajiyev has said. “According to Article 35.6 of the Election Code, polling stations shall be created by the heads of diplomatic representations or consulates of the Republic of Azerbaijan at least 30 days prior to Voting Day, provided the number of voters registered with the consulate is more than 50. The Ministry of Foreign Affairs has presented the list of diplomatic representations and consulates, where polling stations will be set up, and the information on the number of citizens to the Central Election Commission,” Hajiyev said.