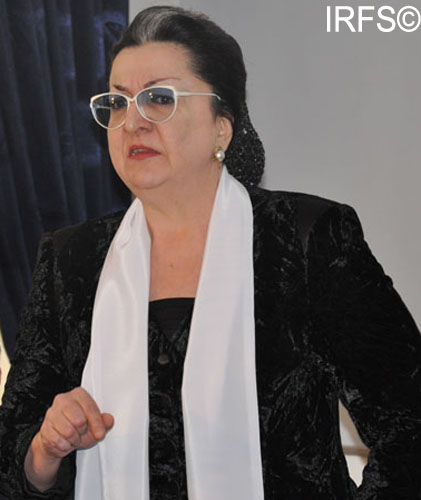 Today, 31 March, in the Yasamal District Court, under the chairmanship of Judge Khagani Mammadov, a preliminary hearing was held on the lawsuit of National Union Movement Head Lale Shovket against Olke newspaper, and the newspaper’s Editor-in-chief Rafael Bejanov.
The plaintiff’s representative Avaz Temirkhan and defendant Rafail Bejanov participated in the hearing. A.Temirkhan said that although Orkhan Sultanli was shown as the author of the article, it was in fact newspaper employees Elmidar Bayramov, Nijat Daglar, Nasimi Sharafkhanli and Zulfugar Huseynli who wrote the article in question. He filed a motion to involve these people in the hearing as defendants. The judge issued a decision to fulfill the lawsuit.

Rafail Bejanov stated that responsible editor Nasimi Sharafkhanli was the head of the newspaper when the article was published and filed a motion to involve him only as the defendant.

The judge did not fulfill the motion and scheduled the hearing on this case for 9 April a 4:00 p.m.

On 11-17 February Olke newspaper published an article entitled “Who is the agent with the nickname ‘Madam.’” L.Shovket claimed that information not conforming to reality found its place in the article, and therefore, demanded that a refutation be published in the newspaper, and that they apologize and each pay 100 000 AZN in fines. It is noted in the lawsuit that the amount received from the defendants via court decision should be deposited into the account of special facility in Bilgah village for war and labor invalids.