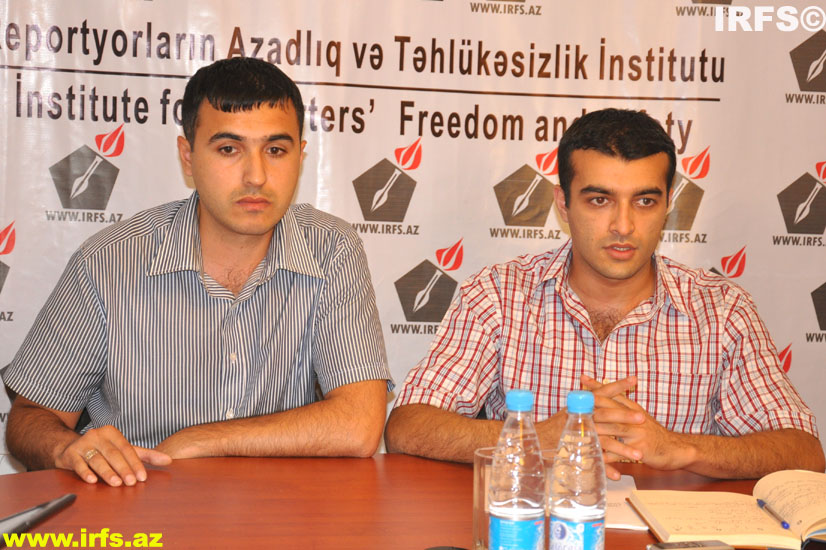 Today, 8 September, in the Press Center of the Institute for Reporters’ Freedom and Safety a presentation ceremony was held for the “Television and Alternative Media Development Center” Public Union. Founder of Public Union Rasul Jafarov opened the event and said that the main purpose in establishing this NGO is to assist the development of television channels and alternative media outlets.
Stating that he was already one of the participants of the projects conducted to monitor the TV channels, Jafarov said that at present the TV channels do not adhere to Law “TV and Radio Broadcasting”, political pluralism is not observed, people are not given the same opportunity to express their opinions and they fail to present balanced, thorough, and accurate information. Jafarov emphasized that they want to solve these problems within the framework of cooperation with regulative organ – National TV and Radio Council (NTRC), and that they will prepare proposals regarding these issues.
Stating that alternative media – blogs, youtube, facebook, twitter and other websites have been broadly used in Azerbaijan recently, Jafarov emphasized that people expressing their opinions in this way should have the right to protection.
A website will be created for the organization, and work to be done will be placed on the website and will be distributed via press-release.
“Television and Alternative Media Development Center” Public Union was founded on 14 August by Rasul Jafarov and Ahmad Heybatov. On 24 August the organization’s documents were sent to the Justice Ministry to be registered.