PRESENTATION CEREMONY HELD REGARDING PRISONERS’ RIGHT TO BE RELEASED EARLIER 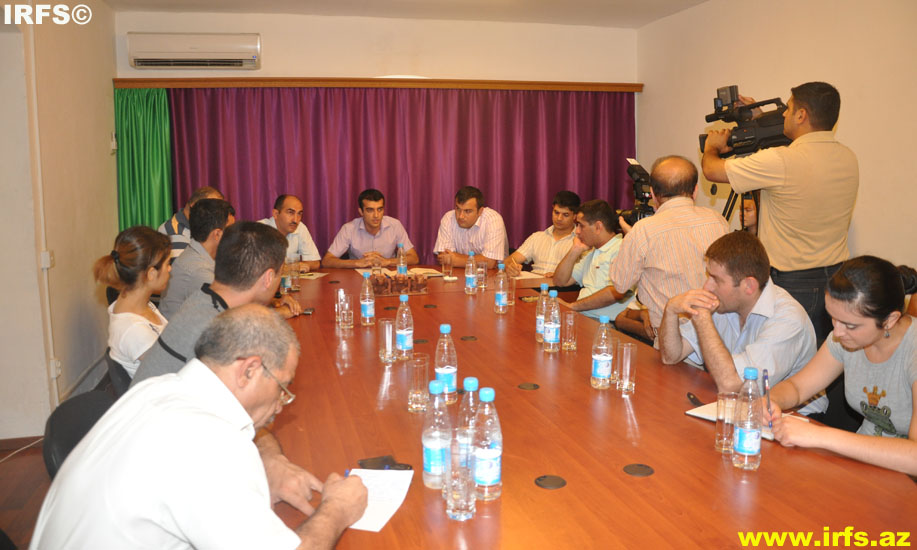 On 13 July, in the press center of the Institute for Reporters` Freedom and Safety, a presentation was held for the project “Public initiatives on providing prisoners’ rights in order for them to be freed earlier.”

The aim of the project is to inform prisoners of their rights to early release for exemplary behavior and to conduct educational advocacy for the provision of this right.

According to project head Rasul Jafarov, he began the implementation of this project after he won a contest that was organized by the “International Bridges to Justice” organization in 2010.

“Azerbaijani legislation recognizes this right for prisoners; however, nothing practically has been done for the implementation of this right,” said Jafarov. “If the Justice Ministry gives us permission to have access to prisons, we will educate the prisoners on this right. If not, we will conduct educational advocacy for the relatives of the prisoners.”

During the first six months of the project, legal education advocacy trainings regarding this issue will be conducted. The number of trainings will be determined by the number of people interested in participating. During the second six months of the project, monitoring will be carried out to identify if prisoners or their family have a better understanding of this law and to identify whether any prisoner was released earlier.

Human rights defenders and lawyers have not excluded hte fact that there are elements of corruption  in this issue. On the other hand, lawyers have said that when prisoners have appealed to the leadership of the prison to be released earlier, they were subjected to pressure.

Event participants said that the way to success in this field will be met through a sustainable and patient fight. They stated that it is important to form a team consisting of lawyers, human rights defenders, and journalists to fight this issue.