PRESENTATION HELD FOR BOOK ON MEDIA 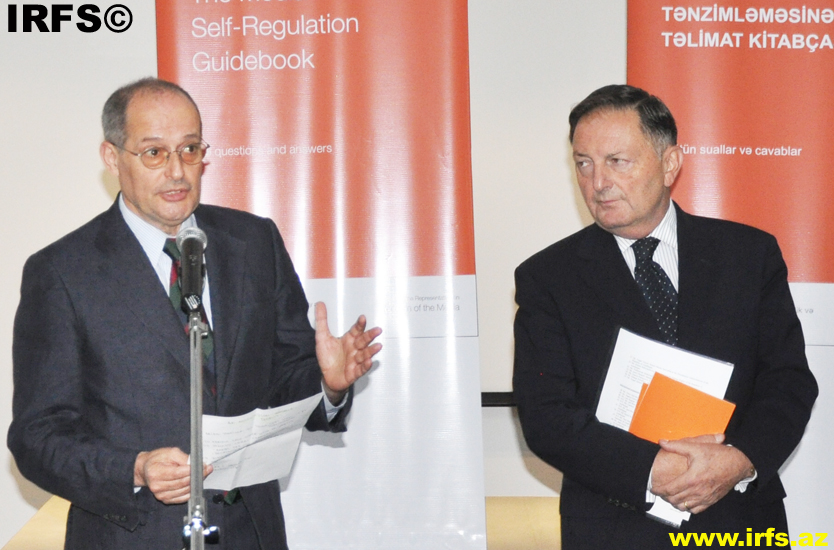 Yesterday, 8 September, a presentation ceremony for the Azeri version of the “Instruction booklet on self-regulation of media” published by OSCE Media Freedom Representative Miklos Haraszti was held. M.Haraszti said that the book, which consists of opinions of the most famous media experts of the world, was translated into ten languages.
“Self-regulation of media is necessary in terms of professionalism of the media. Only professional press is considered free media,” said M.Haraszti adding that he wishes for decriminalization of defamation in Azerbaijan. “Self-regulated media is superior to media punished by the government,” emphasized M.Haraszti.
Miklos Haraszti said that the Press Council should not only act as a mediator between government and media, but should also defend the media.