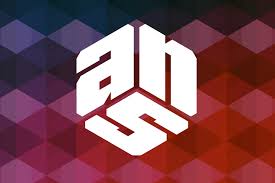 On January 16, reports appeared in the media about lawsuits being filed against a number of news websites by the broadcasting company ANS for publishing information that scores of the company’s employees have been sacked and that the company is on sale. The sued sites include axar.az, aznews.az, azvision.az, interpress.az, presspost.az, demokratiya.info and publika.az.
Aznews.az editor-in-chief Elchin Zahiroglu told IRFS that they were quite unaware of the judicial proceeding before they read about it in the press. “The dismissed employees of ANS confirmed the information themselves. Nariman Huseynov, one of the dismissed, who was ANS correspondent in Shirvan city, confirmed his dismissal adding that his colleague, cameraman Farid Aliyev, was transferred to ANS’ central office, but was later fired on grounds that it is inexpedient to retain the dismissed regional employees,” Zahiroglu added.
Chief Editor of publika.az, Bakhtiyar Alirzayev said, just as aznews.az, they also had not been informed by ANS about the litigation, which he considers unfair.
Axar.az editor-in-chief Anar Niftaliyev told IRFS that they had not received a notice from the court. “We repeatedly called ANS Company Vice-president Mirshahin Agayev and other authorized functionaries, but none of them answered the phone. There is nothing which here could be subject of litigation and it is an unfair decision against online media. Dismissals, merger or division of departments are is pretty normal, but ANS makes decisions in an angry state,” said the chief editor.
Azvision.az editor-in-chief Vusal Mammadov said they have not published the above-mentioned information about ANS and are utterly stunned to be among the sued websites.
According to Interpress.az editor-in-chief Ilham Serkhanly, they have not been informed about the lawsuit brought against them and read about it in websites.
Presspost.az editor-in-chief Rafig Shahbazov said the story that they published abut dismissal of ANS employees quoted Aznews.az. Therefore Shahbazov believes that there is no ground to sue them, because no violation of journalism rules is the case.
Demokratiya.info editor-in-chief Khayyam Salmanzade said they also published the story with references to Interpress and Aznews, so it seems ridiculous to be sued over this story.
Commenting on the issue, media advisor of ANS Company President Mais Mammadov told IRFS that reports about dismissal are false, which is why the websites have been sued. “We have labor contracts with all of our employees and part our ways when contracts expire. We renew contracts with only those employees whose quality of work satisfies us,” said Mammadov.