PROPAGANDA NOT CONDUCTED ON TELEVISION CHANNELS DURING MUNICIPALITY ELECTIONS 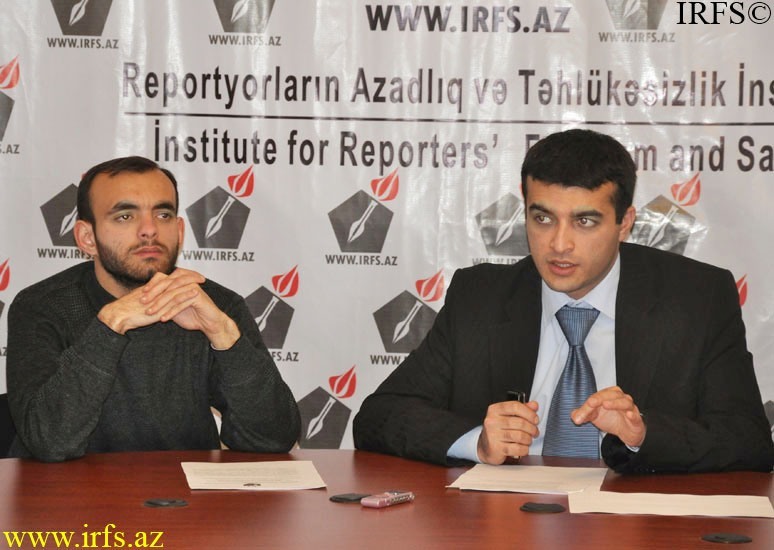 Today, 29 December, in the press centre of the Institute for Reporters’ Freedom and Safety (IRFS), presentation of the final report of the project “Monitoring of TV channels during municipality elections” was conducted.
IRFS representative Rasul Jafarov gave information regarding the final report. He said that initial and midterm reports were prepared before this report within the framework of the project. This is final report and covers a period of 10 days including the elections day.
Jafarov said that the recommendations in the initial and midterm reports were not taken into consideration and there are a lot of concerning issues in the final report. Rasul Jafarov noted that no free or paid propaganda was carried on the monitored television channels during pre-election period.  He said that several recommendations were prepared for the next elections to prevent similar cases. The implementation of these recommendations by relevant organizations will create conditions for citizens to make right choices during next elections.
“Recommendations like increasing election campaign period from 28 days to 90 days, conducting educational programs regarding this on all TV channels, allocating free air time to independent candidates and candidates from other parties’ except the ruling party on the TV channels that are financed from the state budget (AZTV, Idman-Azerbaijan, and Nakhchivan State Television) were reflected in the final report,” said Jafarov.

Monitoring of the television channels regarding the municipality elections was carried out by the support of the European Commission and the US German Marshal Fund.