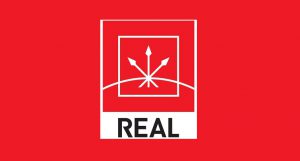 On 27 January, Prosecutor General Zakir Garalov ordered to conduct serious investigations into the claims made in the article titled “Iranian Agent meets with Ilgar Mammadov’s Men in Baku and Allocates Money for REAL”, Head of Press Service of Prosecutor General’s Office Eldar Sultanov said. The author of the article published on Haqqin.az and Virtualaz.org is journalist Eynulla Fatullayev.

According to Eldar Sultanov, the investigations will be implemented by the Serious Crimes Investigation Department of the Prosecutor General’s Office and the findings will be publicised.The article talks about the 19 January meeting between REAL Movement’s leadership and the second secretary of the Iranian Ambassador to Azerbaijan Mehdi Arifzade. It alleges that a secret deal was made during the meeting and the representative of the Iranian Embassy gave money to REAL Movement.

REAL Movement executive secretary Natig Jafarli says it is just a pretext to put pressure on REAL. “The purpose of making such nonsensical and absurd allegations is simply to exert pressure on REAL. To launch investigations into delusions of a so-called journalist means to increase pressure on our organisation. REAL’s activity is fully transparent. We are not afraid of any investigations. It is just ridiculous to manipulate a news article published on our official website eight days ago and present it as a sensation. To date, REAL’s office has hosted meetings with ambassadors and embassy representatives of about 20 countries. To hold meetings is one of the activities of a political organisation. I repeat it once again that such false accusations are nothing but a new wave of pressure against REAL because of its growing reputation,” Jafarli said.