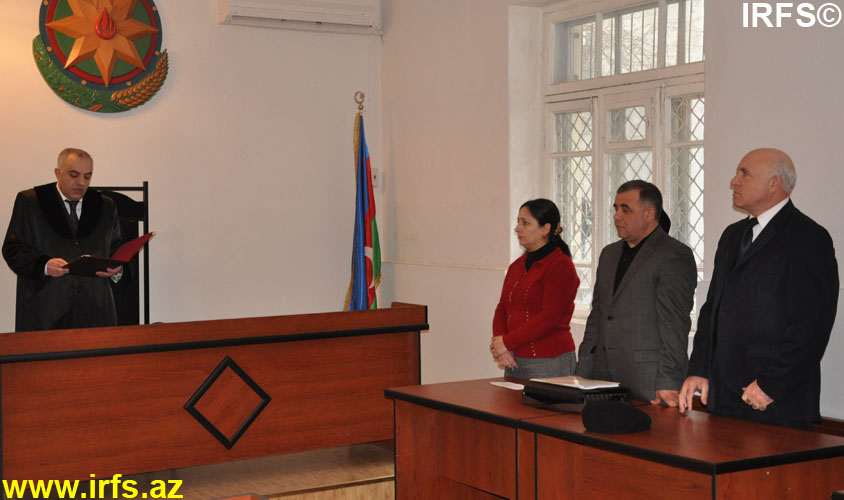 Today, 26 January, in the Nasimi District Court, under the chairmanship of Shahin Abdullayev, the preliminary hearing continued on the lawsuit of Internal Minister Ramil Usubov against Chairperson of the Institute for Peace and Democracy Leyla Yunus.
The judge announced his decision on the motion filed on behalf of the defendant during the previous hearing. The motion was partially fulfilled. A decision was issued to send Usubov’s lawsuit against Yunus to the Yasamal District Court.

During the last hearing on 23 January, claiming that Leyla Yunus' legal address was shown incorrectly and the lawsuit was not composed correctly, Ashurov filed a motion to have the lawsuit not accepted for consideration.

Ramil Usubov filed a lawsuit in the Nasimi District Court against human rights defender Leyla Yunus over libel allegedly committed against the Ministry of Interior during her interview to day.az site on 3 December. The Minister demands that Yunus refute the comments in her interview, apologize to the Ministry of Interior and pay 100,000 AZN in compensation for moral damages.