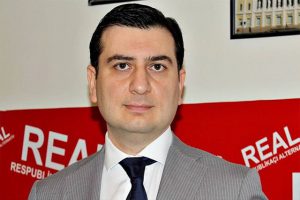 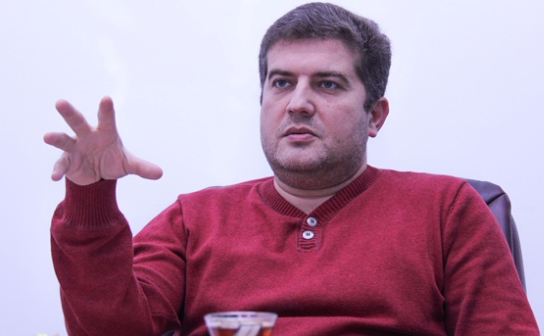 On 31 January, REAL Movement deputy chairman Azer Gasimli and Board member Erkin Gadirli were questioned at the Serious Crimes Investigation Department of the Prosecutor General’s Office, Gasimli and Gadirli themselves reported.

Gasimli, who was summoned to the Investigation Department for the second time, said he had been released after an interrogation that lasted for about two hours. “They again asked questions about the meeting with the representative of the Iranian embassy. There were issues related to the false and fictitious article published on virtualaz.org. There was no talk about any other issue,” Gasimli said and added that his lawyer Elchin Sadigov had not been allowed to attend the interrogation. “They alleged that my lawyer’s warrant had to be presented to the prosecutor general, but they had failed to do so.”

Lawyer Elchin Sadigov assessed Gasimli’s interrogation in the absence of counsel as a violation of his right of defence.

REAL Board member Erkin Gadirli was also questioned at the Investigation Department for two hours. “All matters relating to the Iranian embassy representative’s visit to REAL’s office on 19 January. That is, I was asked the same questions as REAL members Azer Gasimli and Natig Jafarli,” Gadirli noted.

Gadirli regarded his interrogation as pressure against REAL. “They just put pressure on us. Sort of, they want to show us that we have exceeded some limits,” Gadirli said.

Background: An article titled “Iranian Agent Meets with Ilgar Mammadov’s Men in Baku and Allocates Money for REAL” was published on haqqin.az and virtualaz.org on 27 January. The author of the article is the editor of the above websites, journalist Eynulla Fatullayev. The article talks about a meeting between REAL Movement’s leadership and the second secretary of the Iranian Ambassador to Azerbaijan Mehdi Arifzade. It alleges that a secret deal was made during the meeting and the representative of the Iranian Embassy gave money to REAL Movement. The article has led to the launch of investigations by the Prosecutor’s Office. On 28 January, REAL Board member Azer Gasimli was questioned at the Serious Crimes Investigation Department of the Prosecutor General’s Office for 5 hours.
REAL Movement chairman Ilgar Mammadov has been convicted of organising mass disorders in Ismayilli city in January 2013 and sentenced to 7 years in jail by the judgment of Shaki Grave Crimes Court. The ruling has been upheld by the Court of Appeal and the Supreme Court. At the beginning of 2015, the European Court of Human Rights granted Ilgar Mammadov’s complaint and ordered his release.