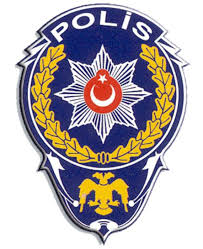 The relatives of Rashad Mehdiyev, formerly of Sumgayit city, believe that his death was the result of police brutality, Rashad’s mother Zohra Mehdiyeva told the Institute for Reporters’ Freedom and Safety (IRFS).

Prior to his death, Rashad Mehdiyev suffered from convulsions, for which he received treatment.

Mehdiyev’s name was not recorded in the police register, in violation of the Criminal Procedure Code, which states that upon a person’s detention, his relatives must be informed; the detention must be recorded by the police department, and the detainee must be provided with a defense counsel.

Zohra Mehdiyeva added that she had been received at the Ministry of Internal Affairs and told that Rashad Mehdiyev’s death was under investigation.

Sumgayit City Prosecutor’s Office has launched a criminal case. Statements have been taken from Mehdiyev’s relatives and several officers from Sumgayit Police Office. The results of the postmortem have not yet been released.