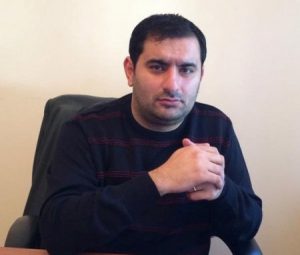 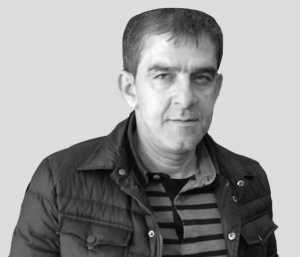 According to Safarov’s lawyer Bahruz Bayramov, his client has been transferred from Baku Detention Centre to Prison #9 of the Penitentiary Service.

Note that a particularly dangerous recidivist with a 25-year prison record had recently been placed in Safarov’s cell in the detention facility, which gave rise to concerns about his life. Rufat Safarov’s lawyer, his father and his defence committee had appealed to the leadership of the Penitentiary Service for his replacement.

Lawyer Elchin Sadigov, in turn, said that his client, satirical poet Tofig Hasanli was transferred to Prison #6 on 6 January. “We talked today. He sent greetings to everyone and, albeit belatedly, wished a happy holiday to friends who support and value the freedom of speech,” the lawyer noted.

Background: Rufat Safarov resigned from the post of investigator of Zardab Regional Prosecutor’s Office in protest against the ‘lawlessness in the country’ on 20 December 2015. After his resignation, a criminal case was launched against him under Article 311.3.2 (repeated bribery) of the Criminal Code. On 8 September 2016, Lankaran Grave Crimes Court sentenced Rufat Safarov to 9 years in jail.

Satirical poet Tofig Hasanli, in turn, was found guilty under Article 234.4.3 (illegal production, purchase, storage, transportation, transfer or selling of narcotic drugs, in a large quantity) of the Criminal Code, and Lankaran Grave Crimes Court sentenced him to 6 years in prison on 22 August 2016. The satirical poet is renowned for his criticism of the authorities and state officials.