SEVERAL RESIDENTS OBJECT TO ILLEGAL CONSTRUCTION WORK IN THEIR AREA 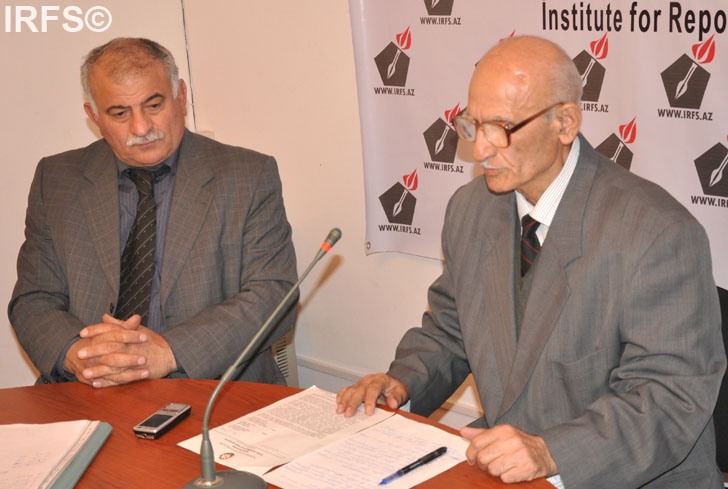 Today, 11 March, in the press center of the Institute for Reporters' Freedom and Safety, a press conference was held by Gojayev Tahir Suleyman oglu on behalf of the residents of Baku City, Khatai region, Sarayev Street 7, in connection with illegal construction work in the area where their building is situated.
T. Gojayev said that an appeal had been made to the Head of Baku Executive Administration Hajibala Abutalibov in connection with this issue, and according to Abutalibov’s letter dated 25.07.2008, the construction had been fully torn down and the area was returned to its previous situation. However, as of 03.03.2009 a new construction work has been begun in the same area and concrete base has been laid overnight. Although the residents of the building went to Khatai region Executive Administration to express their displeasure regarding this issue, this was not paid any attention.

Other residents also spoke and demanded that the construction in the area be stopped and the area be brought to its previous situation. They asked journalists to assist them in this case.

CHANGES MADE TO LAW ON MASS MEDIA