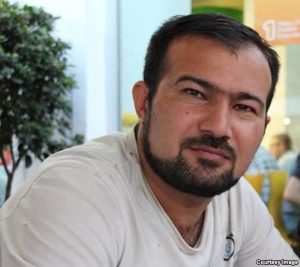 According to the lawyer, she has recently received a letter from Azerpost. The letter read that the envelope #RR005401986AZ that contained Seymur Hazi’s complaint had gone missing in Baku Mail Delivery Centre and the damages caused would be paid.

The lawyer noted that they had not heard back about the complaint for a long time since they sent it in September. “I suspected that it was not delivered. I contacted the European Court and found out that it was indeed as I thought. Therefore, we re-sent it via a private mail and it reached the destination. It has already been accepted for consideration. Meantime, I repeatedly appealed to Azerpost and faxed them. Last time, I sent them an inquiry on November 3,” the lawyer said.

Citing other missing complaints submitted to the European Court by a number of political prisoners, the lawyer said it was no accident. Therefore, she intends to appeal to the court after consulting her colleagues whose complaints have similarly gone missing. “Perhaps, by saying “damages caused will be paid” they mean the repayment of 20 AZN that we paid [them] when sending the letter. But, the damages we suffered are not 20 AZN alone. We paid 150 AZN to send the letter via a private mail. Plus, it is extra trouble and loss of time to re-collect the documents attached to the missing letter. Besides, there is a deadline for application to the European Court after the decision of the Supreme Court. Sometimes, the non-delivery of a letter becomes known at such a time when the deadline has already run out before you can re-send it. How come the complaints in ordinary cases reach [the European Court], but in political cases they go missing? The logic says that it is done deliberately,” the lawyer added.

Background: Azadliq newspaper department head Seymur Hazi was detained on 29 August 2014. He was charged under Article 221.3 (hooliganism committed with the use of a weapon or items used as a weapon) of the Criminal Code. The journalist was sentenced to 5 years in prison by Absheron Regional Court’s judgment of 29 January 2015. The courts of higher instances upheld the judgment.