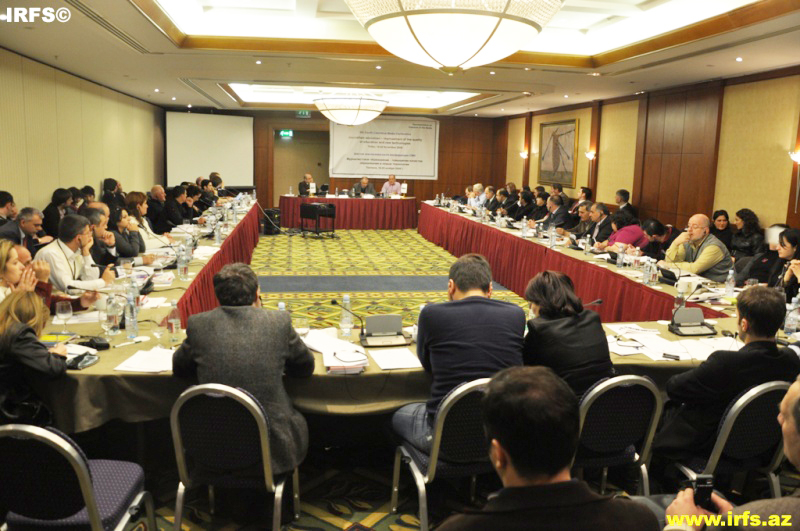 On 19-20 November the sixth annual South Caucasus Media Conference was held in Tbilisi. During the conference media freedom issues in the region and the challenges that journalism faces in Armenia, Azerbaijan and Georgia were discussed. Existing education opportunities for journalists, and best practices for journalism education were discussed and a declaration was adopted during the conference.
Reforms in media, state assistance in transferring to modern technologies, securing the pluralism of ideas on the internet, TV and radio and others were also reflected in the declaration (the entire text of the declaration will disseminated in the media.)

The OSCE Representative on Freedom of the Media Miklos Haraszti spoke during the conference, and said that problems related to freedom of speech exist in the South Caucasus countries and discussions with OSCE should be conducted to solve these issues. Haraszti emphasized that he called on Azerbaijan’s government to adopt a law on defamation and to release the imprisoned journalists. In conclusion he expressed hope for the solution of these issues.