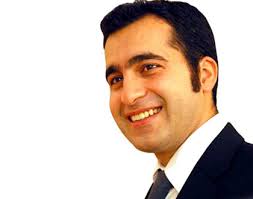 Social activist Bakhtiyar Hajiyev was detained at airport and turned back while travelling to Poland on the night of September 18 to September 19. Recounting the incident, Hajiyev said he had not been provided any reasons for the ban.

“I was travelling to Warsaw, Poland, to attend the meeting of OSCE Office for Democratic Institutions and Human Rights on the review of the implementation of human rights commitments. I was detained at the border checkpoint at Heydar Aliyev Airport. They told me that I was under a travel ban, but refused to inform about which agency has imposed it and why. According to unofficial information available to me, the ban has been imposed by the Ministry of Internal Affairs,” Hajiyev said.

On September 20, Bakhtiyar Hajiyev was contacted by the Ministry of Internal Affairs and told that the ban was a technical mistake and he could leave the country.

Background: Bakhtiyar Hajiyev was detained after an altercation with an officer of State Traffic Police midday on 15 August 2016. He was taken to the 27th Police Station of Yasamal District Police Department and was charged under Article 510 (minor hooliganism) of the Administrative Offences Code. Hajiyev was subsequently fined 100 AZN by Yasamal District Court.