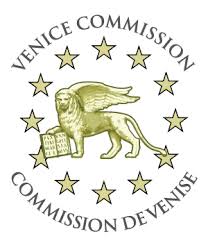 On September 20, the Venice Commission of the Council of Europe published its preliminary opinion on the referendum to be held in Azerbaijan on September 26. The Commission criticised the Referendum Act in a press release published on its official website.

The Commission gave a negative feedback on the Referendum Act after its review and described it as being “at odds with European constitutional heritage” for the reasons such as the lack of a clear constitutional procedure on adopting such amendments, the fact that there have not been any parliamentary or public discussions on the reform, the deepening of the imbalance between executive, legislative and judicial powers through further empowerment of the President, uncertainness of the legitimacy of proposed limitations concerning fundamental freedoms, etc.

The opinion of the Venice Commission was sought by the Chair of the Bureau of the Parliamentary Assembly on 6 September 2016. Given the short span of time before the upcoming referendum, the Venice Commission decided to render a preliminary opinion, to share it with the authorities, and to have it published prior to the plenary session scheduled for 14-15 October 2016, where the opinion will be endorsed and become final.

On September 21, Head of the Legislation and Legal Expertise Department of the Presidential Administration Shahin Aliyev commented on the Venice Commission’s opinion. He said the opinion was politically motivated as suggested by its hasty preparation.

“The draft Referendum Act was published on July 18. The PACE Chairperson submitted the letter to the Venice Commission 20 days prior to the day of referendum. MPs represented in PACE are behind this politically motivated move. We have never cooperated with the Venice Commission in this way. The Azerbaijani government will form its opinion until the plenary session of the Commission,” Shahin Aliyev stressed.

According to Shahin Aliyev, the establishment of the institute of vice-presidency conforms to democratic standards.

“What democratic standards are their remarks based on? There is not such a thing. The United States is recognised as a democratic country everywhere and there is an institute of vide-presidency in this country. No one calls them anti-democratic. The Venice Commission does not refer to any country’s experience in its opinion. The draft provisions put to referendum have all been aligned to the Constitution. The extension of the presidential term of office to 7 years has been questioned. A lot of world countries have such a term. Azerbaijan holds election every 5 or 3 years. The solution to this situation is to prolong the president’s office term to 7 years,” the Administration official noted.