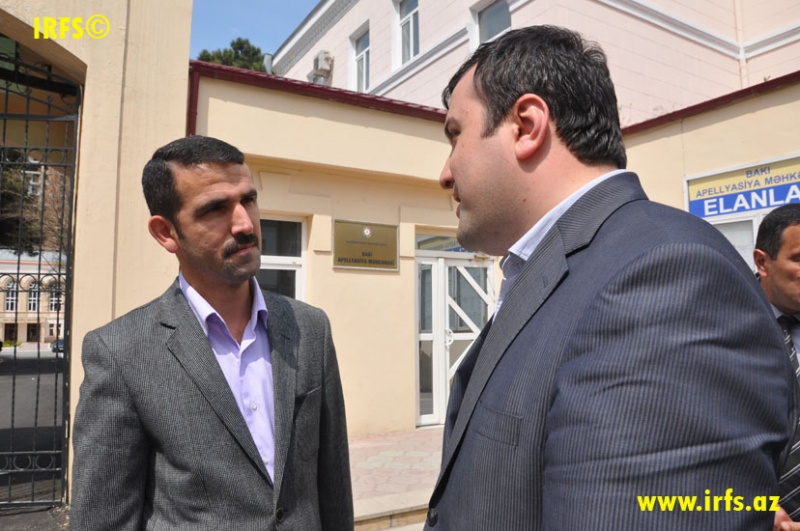 Azer Aykhan’ defense lawyer Elchin Sadigov told the Institute for Reporters’ Freedom and Safety that the case was thrown out because Azer Aykhan was found innocent.

The lawsuit stems from twenty articles written about the plaintiffs that were published in ten issues of the newspaper since November 2008. The plaintiffs believe that they were insulted and defamed in the articles “Nazim Guliyev propagates PKK”, “Who is Behind Nazim Guliyev?”, “Nazim Guliyev Uses Beyler Eyyubov’s Name”, “Nazim Guliyev Is Going to Give 350 Thousand AZN Bribe to the Appellate Court,” and other articles. The lawsuit seeks for A.Aykhan to be held responsible under article 147.2 (accusing someone in grave or especially grave crimes) and 148 (insult) of the Criminal Code.

Ideal newspaper founder Nazim Guliyev was sentenced to 6 months on 20 May 2009 under defamation charges. Later, Nazim Guliyev was accused under articles 182.2.2 (to demand by threats), 182.2.3 (when the demand by threat is committed through violence), 182.3.2 (when committed to appropriate a large amount of property), 221.1(hooliganism), and 234.1 (to illegally prepare, produce, obtain, keep, deliver, send and/or sell narcotics, psychotropic substances or their precursors) of Azerbaijan Criminal Code and was sentenced to 13 years, 3 months of imprisonment. After the arrest of N.Guliyev, Ideal newspaper ceased its publication.

Yeni Musavat newspaper has been published since 1993 and operates as a daily newspaper and has a large circulation.