STREKALIN TO BE SENTENCED TOMORROW 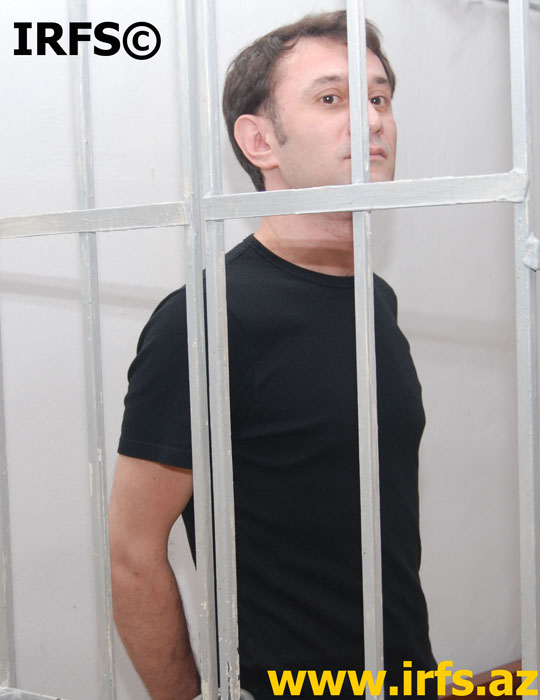 Today (14 July) in the Nasimi District Court, under the chairmanship of Judge Shahin Abdullayev, another hearing on the case against Sergey Stekalin, who is accused of stabbing “Azadlig” Newspaper correspondent Agil Khalil on 13 March 2008, was conducted.
During the hearing, the sides made their final speeches.
State Prosecutor Eldar Hamzayev read the indictment, almost, all over again. Hamzayev claimed that Agil Khalil was not stabbed in connection with his journalistic activity, but rather by male he had a relationship with, after a quarrel between them. Hamzayev asked the court to find Strekalin guilty of both charges against him – according to article 127.1 (intentional infliction of minor bodily harm) and article 234.1 (illegal possession of narcotics), and to sentence Strekalin to two years of imprisonment.
Lawyer Elchin Sadigov spoke about hearings conducted that have been conducted since 22 February on beating of Agil Khalil, and emphasized that all excerpts on phone talks and other evidence has been falsified.
“Strekalin claims that he has known Khalil since 2005. How could Strekalin have known that Khalil will be a journalist after two later and at time noted his name like ‘Agil Journalist?’ Reports received from ‘Azercell’ were sent to investigation by the Head of Anti-terror Department of NSM (National Security Ministry); this proves that these reports were worked-up in the NSM, and in general, all the operations have been carried out by NSM during the investigation,” said Sadigov. Noting that Strekalin doesn’t have any connection to this case, Sadigov asked the court to exonerate Streklin.
Agil Khalil spoke after Sadigov and stated that Strekalin was not the person who stabbed him. “I don’t know this person, and consider this court hearing bogus” he said, “A political order is being fulfilled here, and Strekalin is a person being used to falsely admit that he committed this crime in return for something. I am not the injured party in this hearing; because I was not stabbed by the person in the defendant chair. Akif Chovdarov, Dagbeyi Allahverdiyev and the people who stabbed me, should be sitting here.”
Then Strekalin’s defense lawyer spoke, and noted that Strekalin partially admitted to his guilt. “He confessed to stabbing Agil Khalil, but doesn’t agree with the charge against him of illegal possession of a narcotic,” said Akif Khalilov. “That is why I am asking that the charge under Article 234.1 be dropped. He admitted his guilt and wasn’t sentenced before. I am asking that he not be sentenced to imprisonment in connection with Article 127.1, but rather a different punishment envisaged under the article.”
In his final statement, Strekalin stated that he agreed with his lawyer, he saw Agil Khalil in the street and then stabbed him as a result of a quarrel. However, he said he was unaware of the 22 February incident.
After the statements, the judge announced that the hearing was over and the verdict will be read tomorrow (15 July) at 11:00 am.
Photos:http://www.irfs.az/component/option,com_datsogallery/Itemid,30/func,viewcategory/catid,83/
Video:http://uk.youtube.com/watch?v=aGm8pjCPzOw
Previous Post