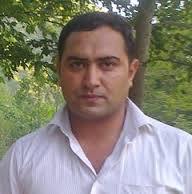 Supreme Court, chaired by judge Gulzar Rzayeva (assisted by judges Imran Hajigayibov and Farhad Karimov), held a hearing the case of Siraj Karimli, brother of the opposition Musavat Party member and deputy chairman and blogger Faraj Karimli. Siraj Karimli was arrested on July 17, 2014. He was convicted under Article 234.4.3 (illegal drug trafficking with the intent to sell) of Criminal Code and was sentenced to 6 years in jail by the judgment dated May 23, 2015 of Baku Grave Crimes Court (presiding judge Shakar Mammadova). Siraj Karimli was released under President Ilham Aliyev’s pardon decree of March 17, 2016.

Siraj Karimli’s lawyer Nemat Karimli made a speech in support of the cassational complaint at the hearing:

“Ragif Karimli, father of Siraj Karimli who is charged under Article 234.4.3 of Criminal Code, is a member of Musavat Party, former chairman of the Party’s regional branch in Lachin region, and has a reputation among the people of Lachin. Siraj Karimli’s brother Faraj Karimli, who is currently serving a jail sentence on trumped-up charges, was a member and deputy chairman of Musavat Party and the administrator of the Party’s official website musavat.org.az. On July 17, 2014, when Siraj Karimli was doing his regular job – examining the water meter of a café – in the 20th Area of Sabail district, 5-6 plainclothesmen forced him into a car without any explanation and took him to the Drug Enforcement Department of the Ministry of Internal Affairs with his arms tied and eyes blindfolded. On the same day, the dormitory room that he shared with his father was searched and his father’s laptop was confiscated. Although Siraj Karimli was initially detained as a suspect under Article 234.1 (drug possession in a quantity exceeding those necessary for personal consumption) of Criminal Code, the next day he was charged under Article 234.4.3 (illegal drug trafficking with the intent to sell) of Criminal Code without being presented additional evidence. Siraj Karimli was convicted under Article 234.4.3 (illegal drug trafficking with the intent to sell) of Criminal Code and was sentenced to 6 years in jail. He did not plead guilty from the very first day, and called the proceedings politically-motivated,” the lawyer said.

The lawyer noted that Baku Court of Appeal made its decision without conducting judicial investigation and upheld the original judgment by simply listing the evidence in the case file presented by the prosecution without providing a legal assessment thereof.

“In accordance with the requirements of the Criminal Procedure Code, I request that Baku Appeal Court’s decision of May 29, 2015 be repealed, the criminal case be discontinued on exculpatory grounds, and Siraj Karimli be compensated in the amount of 250,000 (two hundred and fifty thousand) manat for material and moral damage suffered. The information about the witnesses in the criminal case, Mamadov Vidadi Akif oglu, Huseynov Gasim Nizami oglu, Imanov Parviz Nusrat oglu, and the attesting witnesses Sadigov Emil Eldar oglu and Huseynov Sarraf Mustafa oglu, should be sent for review to the prosecutor in charge of the procedural aspects of the preliminary investigation, due to the perjury on the part of the aforesaid persons,” the lawyer said.

The court announced the decision after a brief deliberation on the bench. According to the decision, the cassational complaint was denied and Baku Appeal Court’s decision of May 29, 2015 was upheld.