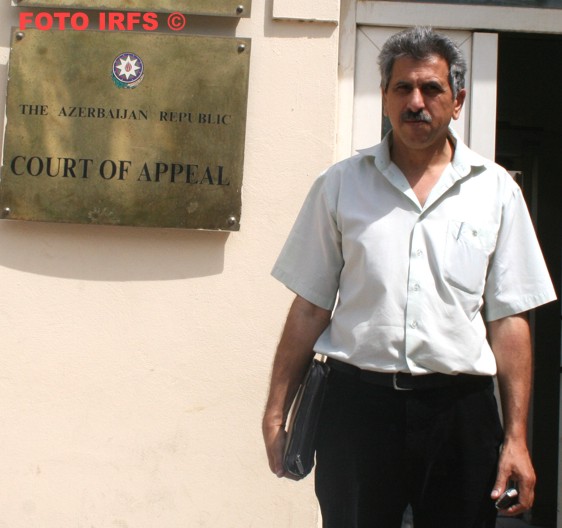 Yesterday (30 July) in the Supreme Court under the chairmanship of Judge Tapdig Mahmudov a cassation complaint on the decision adopted by the Baku Appellate Court to reject “Azadlig” Newspaper journalist Rovshan Hajibeyli’s (Hajiyev) cassation complaint was considered. The judge didn’t fulfill Rovshan Hajibeyli’s cassation complaint filed against the decision adopted by the Baku Appellate Court on 29 May 2008 and upheld the Appellate Court’s 29 May 2008 decision.
Recall that on 13 November 2007 the Binegedi District Court, under the chairmanship of Judge Allahveren Hasanov, adopted a decision calling for the destruction of all remaining copies of the book “Public TV in the Press’ Mirror,” a compilation of articles about Public TV compiled by “Azadlig” Editor Rovshan Hajibeyli. This decision stemmed from a lawsuit Public TV filed on 20 February 2007 in which it claimed that the book damaged its business reputation, and demanded that sale and printing of the book be forbidden, that all remaining copies be destroyed and that Hajibeyli apologize to the staff of Public TV. Rovshan Hajibeyli appealed to the Appellate Court on 15 December 2007.