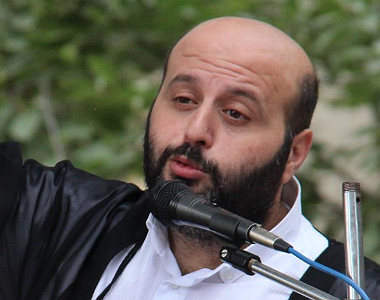 On 16 March, Shirvan Court of Appeal heard and dismissed an appeal filed by Masalli-based theologian Sardar Hajihasanli (Babayev) against Masalli Regional Court’s decision ordering his pre-trial detention, lawyer Javad Javadov has said.According to the lawyer, police outposts had been put up along the roads leading to Shirvan Appeal Court prior to the hearing. The lawyer was even denied access to the court building. “Only after my request to the court, they took me to the court premises in a separate car,” the lawyer noted.

Sardar Babayev made a speech at the hearing. Lawyer Javad Javadov gave proof of the unlawfulness of the first instance court’s decision. However, the appeal was rejected.

Javad Javadov reports that head of the NGO DEVAMM Ilgar Ibrahimoglu, human rights activist, journalist Rovshan Mammadli and journalist Arzu Abdulla faced police pressure while travelling to Shirvan to attend the theologian’s trial. An officer grabbed and smashed Arzu Abdulla’s phone by slamming it to the floor. Despite the incident taking place in front of a surveillance camera, the policeman claimed that the journalist herself had banged her phone to the floor and broken it. Ilgar Ibrahimoglu and several believers were briefly detained and released towards the end of the day, Ibrahimoglu reported by sharing a video on his Facebook page.

Lawyer Javad Javadov noted that he would appeal to the European Court of Human Rights against Shirvan Appeal Court’s decision.

Background: Sardar Babayev was arrested on 22 February 2017. He was given a 30-day arrest and is charged under Article 168-1.3 (violation of the requirements of conducting religious advocacy, religious rites and ceremonies) of the Criminal Code.

Sardar Babayev rejects the charge, believing it has been prescribed by a representative of the local authorities.