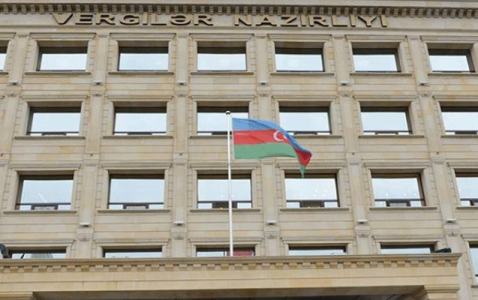 The Department for Preliminary Investigation of Tax Crimes under the Ministry of Taxes filed a lawsuit against Turan Information Agency on 7 August 2017 and started a preliminary investigation. At the same time, on 8 August, the same Department launched an on-site tax inspection of the Agency’s activities.

The Department’s decision is based on a decision by Baku City Local Revenues Department which has calculated a tax debt of over 37,000 AZN for the Agency for the period starting from 2014, including an additional income tax of about 27,000 AZN (16,200 USD), other advanced payments, and late interest payments.

Both Departments have required the Agency to submit all tax documents (within 5 and 15 days, respectively).

The Agency strongly denies the allegations of underreporting its revenues, considers the actions of the bodies mentioned above as illegal and openly biased and has appealed to #1 Baku Administrative Economic Court with a lawsuit in this regard. The Agency has identified both Departments of the Ministry of Taxes as defendants.

In its lawsuit, the Agency requests the Court to:
Revoke the decision on the calculation of income tax issued by Baku City Local Revenues Department under the Ministry of Taxes on 7 August 2017;
and invalidate the decision of the Department for Preliminary Investigation of Tax Crimes under the Ministry of Taxes on the on-site tax inspection of the Agency.

Alongside with other arguments, the lawsuit calls the Court’s attention to the fact that, on 8 August, Baku City Local Revenues Department presented three decisions dated 7 August 2017. The calculation of unpaid income tax for Turan Information Agency in the amounts of 7,991.70 AZN for 2014, 9,829.20 AZN for 2015 and 9,086 AZN for 2016, hiding the fact that they had already calculated an income tax for the Agency in the amount of 3,774.36 AZN for 2016 previously, due to which 5,000 AZN had been withdrawn from the Agency’s bank accounts. On top of that, the latter decision was annulled by the Ministry of Taxes based on an administrative appeal filed by the Agency. First of all, the Local Revenues Department hid the previous inspection, secondly, it inflates the amount of ‘income tax’ nearly threefold, and, thirdly, it reaches beyond its powers. On 30 June 2017, the Ministry of Taxes maintained that the Agency had not underreported its income and therefore the Ministry annulled the Local Revenues Department’s decision (which was only 3,744.36 AZN back then). In other words, despite the existence of a legally effective decision of a higher authority, the Department of the Preliminary Investigation of Tax Crimes issued a decision in complete contradiction to this ruling.

The lawsuit also states that, on 8 August, the Department of the Preliminary Investigation of Tax Crimes visited the Turan Information Agency and refused to present a warrant or to give a copy of the decision to the Agency. The representative only made a note in the Control Books of the Agency referencing Article 38.3.5 of the Tax Code. However, according to the above decision, an unscheduled on-site tax inspection may only be implemented if the tax authority has obtained information from a known source that the taxpayer has hidden (under reported) its income or taxable objects. There was no such information, and therefore there could not be a decision to present to the Agency in the first place.

The haste, which is equivalent to an outrageous legal nihilism and demonstrates defiance to the higher authority, its decision, as well as the Constitution and Tax Code, could be an indication of the political motives involved in these actions and decisions and the attempts to hinder the activities of Turan Information Agency as a media outlet and to paralyze its work. The synchronously taken steps by the two Departments and the openly groundless criminal case further strengthen these suspicions.

The Agency declares that the tax authorities’ actions are in violation of both the Azerbaijani legislation and the rights provided in Articles 7, 10, 13, 14, 17 and 18 of the European Convention on Human Rights and Article 1 of its Protocol 1 and Article 4 of its Protocol 7.

The lawsuit has been signed by Mehman Aliyev, the director of the Turan Information Agency. The Agency will be represented in court by prominent lawyer Fuad Agayev.