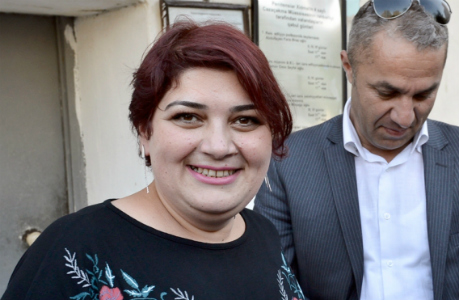 Binagadi District Court heard journalist Khadija Ismayilova’s request to vacate the cross-border travel ban imposed on her. The hearing was presided over by Judge Rashad Aliyev. The court did not grant the journalist’s request.

According to Khadija Ismayilova, the reason she wanted to travel abroad was to attend an award ceremony for journalists in Canada. She is one of the three finalists for the Allard Prize under the University of British Colombia. The award presentation ceremony will take place in Vancouver on 28 September.

Khadija Ismayilova had also been denied exit out of the country before, the reason provided being the existence of a suspended sentence against the journalist.

Khadija Ismayilova was sentenced to 7.5 years in prison on charges of tax evasion and illegal business on 5 December 2014. She denied the accusations. On 25 May 2016, the Supreme Court commuted her sentence to 3.5 years of suspended sentence.