Threats to Internet freedom in Azerbaijan 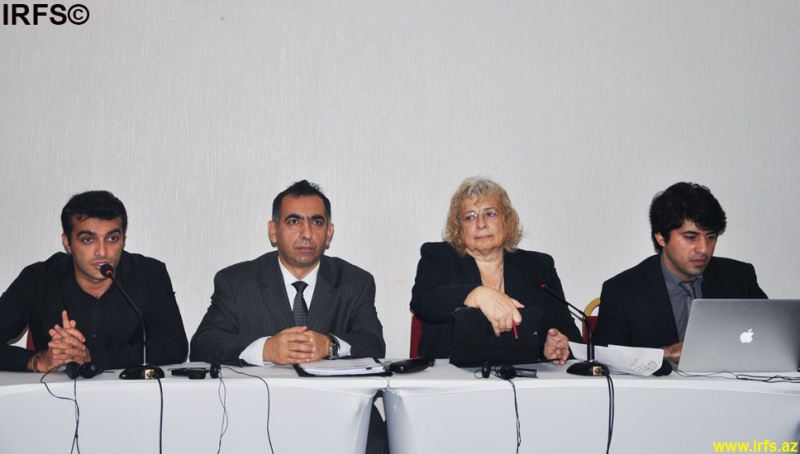 On September 28, the Expression Online Initiative campaign held a roundtable on the threats to Internet freedom in Azerbaijan. The event took place in the Park Inn Hotel.

Expression Online coordinator Rasul Jafarov stated that the purpose of this event is to debate around the current state of Internet freedom in Azerbaijan.

IGF expert AvriDoria said that best tactics in a cyber war is to use defense mechanisms rather than responding to hacker attacks. “Internet freedom means free flow of and access to information on the Internet. IGF is mainly focused on internet filtering and blocking, and raising public awareness on communication technologies” said Doria.

ICT Ministry department head BakhtiyarMammadov remarked that a lot of work is done to improve public access to the internet, noting that the Internet Governance Forum that will be held this November in Baku will contribute to the development of this sphere.

Human rights activist from Nakhchivan, Elman Abbasov, noted that the Internet is under direct state control in this region. Internet services here are expensive, but the quality is poor. Distant villages are not provided with Internet access at all. Even internet cafes are under control. There is only one Internet provider which means a monopoly on the distribution of internet services. The authorities restrict the access to some websites, which they do not like.

The Expression Online Initiative campaign has been launched by the Institute for Reporters’ Freedom and Safety, the Human Rights Club, and the Azerbaijan Media Center to study the state of the internet and work out relevant recommendations ahead of the Internet Governance Forum.The Expression Online has been supported by International Media Support and National Endowment for Democracy (NED).
Previous Post