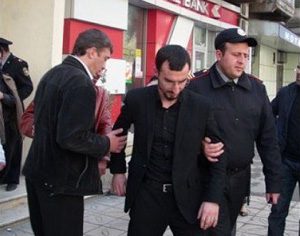 Before the start of the hearing, Elchin Gasimov declared their innocence and objected to the fact that the defendants’ relatives were denied access to the courtroom. “Don’t make us stage protest here. Let the people enter the courtroom. Do not keep them outside. Everyone knows we are innocent. We did not have weapon or ammunition. The only weapon we have is our prayer,” he said.

It appeared during the hearing that the defendants’ court-appointed lawyers do not even know them. Their current lawyers told the court that they had just received the indictment bill and asked for time to familiarise themselves with the case.

The judge said defendant Vusal Alishov had submitted an application to the court, where he stated his innocence and asked the court to judge his case fairly and to acquit him.

After that, the defendants’ personal information was verified.

The preliminary hearing was postponed until December 30, 2pm, as the lawyers had not acquainted themselves with the case.