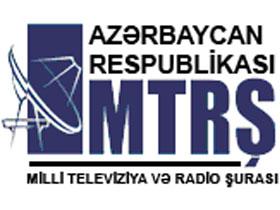 Broadcasting of Aygun TV, a regional television in Zagatala region, was stopped on February 14, 6:00pm, after the National Television and Radio Council decided not to prolong its license period. The information was posted on the official site of NTRC.

As the head of Aygun TV, Niyazkhan Mehdiyev told IRFS, they had not been warned in advance and only in December of 2013 were required to submit documents.

“We submitted required documents. And then the commission came to check our activity. They said we don’t have a company logo. I said ok, we’ll solve it. Their next remark was about devices. I said in order to obtain digital devices we need a lot of money and time, so I asked for a 3-4 month respite. After that we were not informed about any meeting. Only on February 13, one day before the meeting, they called us telling to be in the meeting the next day. I consider this a bias towards us. This is not the first discrimination by the NTRC. Last time, in 2006 we were obliged to pay 11,000 manat for the license renewal while others paid only 100 manat. I was aware that they don’t want to prolong our license even before the decision”, Nuriyev added.

The head of the channel says the channel staff, which has worked together for 20 years, is in confusion right now. “Everybody is in a very bad mood. Instead of helping, they close down our channel, and now we are discussing what to do from now on,” he added.

Head of the NTRC Council, Togrul Mammadov said that on 11 December 2013 the Council reviewed Aygun TV’s application for license renewal and decided to postpone it in order to check the TV’s performance, in view of delayed and incomplete presentation of required documents.

According to Mammadov the broadcasting quality of Aygun TV was very low.
“During the 6 years while the television was operating, the Council was neglecting its defects and the TV was not fulfilling the orders. The commission of the NTRC has inspected the television and told that most of the shortcomings still remain unaddressed. For example, although the TV had a license for 24-hour broadcasting, it aired for only 5-6 hours and without a logo. Their equipments don’t meet technical standards and they have not switched to digital broadcasting. Advertising requirements were also breached. The television did not have any register or control program. Indeed, these control programs must be maintained during a month,” said Mammadov.

Aygun TV is a regional television operating since 1996. Its license was last renewed in 2006, after disagreements between the channel and the NTRC had been resolved.