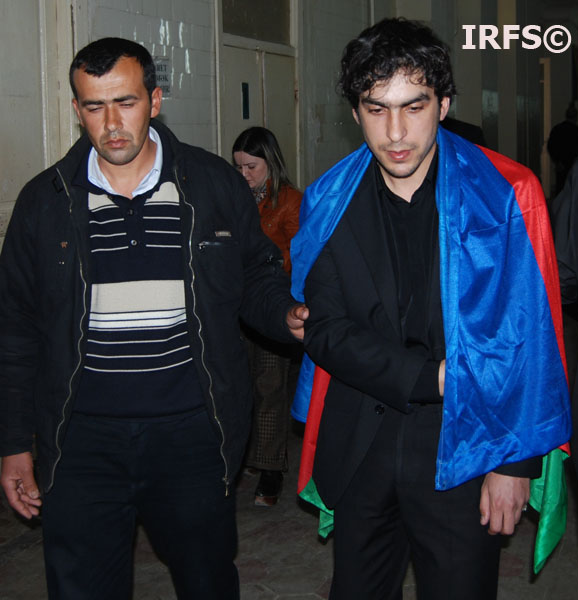 In the video footage a gay male named Sergei claims that he stabbed Khalil. Sergei and two other people are featured in the footage.
Sergei claims that an argument broke out between him and Khalil, because Khalil entered a relationship with a different male. Following this, Sergei was driving in a taxi past the Appellate Court, when he saw Khalil and invited him into the car. Inside the vehicle, Sergei grabbed Khalil with his left hand and used his right hand to hit the journalist in the chest several times with a switchblade. While striking Khalil, Sergei said he had not intended to use the switchblade as a knife, as he through it was closed, but rather simply as a metal instrument. Only after Khalil get out of the vehicle, did Sergei say he realized the knife was open. On the same day, Sergei said that he threw the knife away in a street next to the “Pink House” Restaurant.
In the video footage, an interrogation involving Khalil and Sergei is shown. During this Khalil admits that he knows Sergei. Khalil tells investigators that Sergei introduced him to a girl named Lala, and he used Sergei’s house during his meeting with Lala.
The narrator of the footage then says that Khalil was not stabbed in the street as it was reported, but actually in a vehicle, and that allegations that he was being watched by two people and that he was attacked by more then one person are not true according t to the testimony of witnesses.
In the footage, driver Eldar Rasulov says that on 13 March Sergei called him, and said he wanted to meet with a woman. As they were going to this meeting, Sergei saw one young man, opened the glove compartment, took something out, and got out of the vehicle. Then Sergei invited the young man into the vehicle. They got in the backseat and an argument broke out.
The narrator of the footage goes on to say that during the investigation Khalil “disingenuously” denied that Sergei was in the area and stabbed him on that day, and also denied have relations with Sergei, and having any disagreement or argument with Sergei due to relations with another male. The investigation claims that in December 2007 and January 2008 numerous calls and SMSes of sexual nature were sent from the mobile telephone that Khalil uses to the mobile telephone that Sergei uses.
In conclusion, the narrator states that based on all of the evidence gathered, the investigation has determined that Khalil’s stabbing did not occur as a result of his professional work, but rather due to actions committed that are “not in line with moral norms.” The narrator then says that as the leadership of “Azadlig” Newspaper knew that the real reason for the stabbing would be revealed, it claimed that Khalil was being blackmailed through claims that the journalist had homosexual relations, disseminated information about the investigation, and thus violated the law.