Two Journalists Are at Risk of Arrest 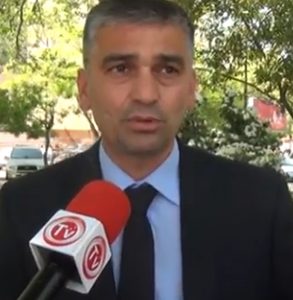 Irada Gulmammadova, head of Absheron Regional Executive Power (REP), has brought a private prosecution against Gundam Khabar newspaper founder and editor-in-chief Shirin Jafari, as reported by human rights defender Ogtay Gulaliyev. According to Gulaliyev, the plaintiff is seeking punishment for the editor-in-chief due to the article titled “How Much Wealth Does Head of Absheron REP Possess”, which was published in the 17-23 April issue of Gundam Khabar newspaper.
Meanwhile, Imishli-based freelance journalist and human rights defender Mahbub Zulfugarli has been sued for his critical articles about Saleh Samadov, chief of the Southern Regional Office of the State Committee for Standardization, Metrology and Patent. A criminal case has been launched against him under Article 147.1 of the Criminal Code. The plaintiff demands that the criminal case be reclassified under Article 147.2 and Mahbub Zulfugarli be arrested.
Previous Post