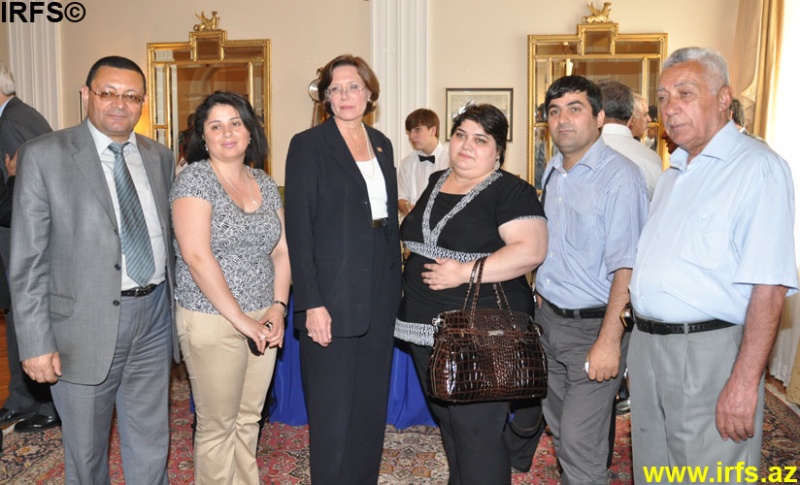 Today, June 10, U.S. Ambassador Anne Derse hosted a “Toast to a Free Press” and farewell reception in her official residence. The event was attended by journalists, editors and representatives from local and international media rights NGOs.
During the event, Ambassador Derse made a speech in which she noted that she will soon leave Azerbaijan to become U.S. Ambassador to Lithuania.
She said, “I would like to salute the journalists, editors, photographers, videographers, website managers, advertising salespeople, proofreaders, printers, distributors and newspaper kiosk workers – all who are working to build a space for unbiased information, free thinking and democratic debate in Azerbaijan. [..] Being a journalist anywhere can be difficult. But it is especially difficult where independent journalism is the exception rather than the rule, where economic and political interests manipulate the media and where those who dare to report critical stories pay a heavy price: harassment, lawsuits, physical attacks, detention and even death.”
Ambassador Derse also said, “Based on the dedication I've witnessed in my three years here, I believe the journalists of tomorrow in Azerbaijan will be part of a changed democratic society.   The new free press will be independent — economically and editorially independent — free from political manipulation or economic restraints.  The new free press will have access to public officials, and public officials will understand that as public servants, they have an obligation to full disclosure to the press.   The new free press will police itself.”