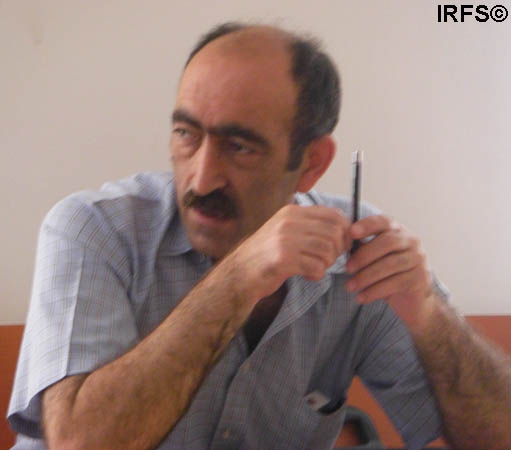 Today, 5 August, under the chairmanship of judge Mirheydar Seyidov a hearing took place in the Binagadi District Court on the lawsuit of "Nota" Newspaper Editor-in-chief Substitute Sardar Alibayli against the Press Council and the Council’s Chairman Aflatun Amashov.
Plaintiff Sardar Alibayli, his lawyer, Law Education Society Chairperson Intigam Aliyev and Press Council’s representative Rahim Huseynzade on behalf of defendant participated in the hearing.
Parties made final speeches. The judge scheduled the next hearing for 7 August at 11:00 a.m. and the verdict will be issued during the next hearing.
"Nota" Newspaper Editor-in-chief Substitute Sardar Alibayli appealed to court regarding the Press Council’s inclusion “Nota” Newspaper’s name on the list of the racketeering newspapers. In the lawsuit the plaintiff demands that this decision be considered unfounded and Press Council be fined 10 000 AZN.
Previous Post